From a semi-transparent sail-like amalgamation, a central bamboo mast rises almost seven feet, pulling its wire skin to a peak as it ascends toward the ceiling. Its upward reach carefully countered by the object’s mass and the implied movement of the four red, rubber wheels that form its base—this behemoth is built to move. Between the stupa like peak and the industrial wheels, a delicate spine of bamboo rises from a two by four frame, flanked by two towers of bottles. The towers, each held tightly at the base in the throat of an ice skate, is crowned by four bottoms-up bottles, bound neck to neck. The towers of stacked and lashed debris are held in an impossibly diaphanous rind of rhythmically wrapped and knotted wire. More than merely a functional, structural wrapping, the partially obfuscating skin is a record. 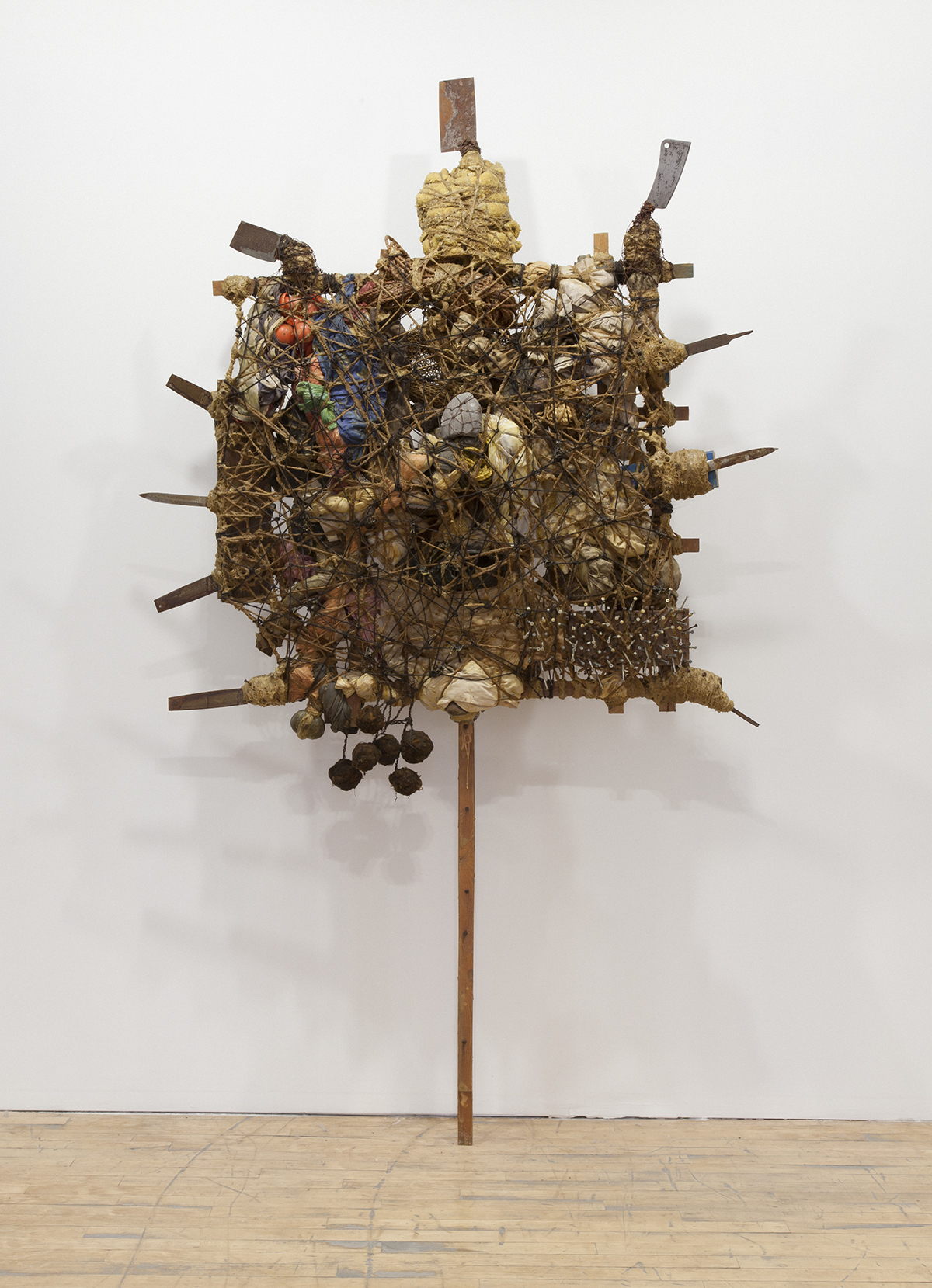 The sculpture is memory incarnate…

Performing more like drawing than sculpture, these obsessive orbiting lines document thought and movement through space and across time, marking a near-ritualized process of wrapping and knotting, containing the disparate objects into a cohesive whole. In this way each line holds evidence of the artist’s hand, the trace of an action, a record of the coalescence of intention and attention. The sculpture is memory incarnate, the frenetically amassed wire becomes flesh, containing and protecting the bricolage of borrowed objects. The accumulated calligraphy of wires wrap the assembled objects with reverence and embody the obsession, intuition and labor of their creation. Despite the work’s massive scale the undulating, permeable network of lines creates a feeling of lightness and transparency. A lightness lost as the work encounters the floor, resting on four industrial wheels affixed to a construction lumber frame, the entire form bending under the weight of the dispossessed objects it supports.