We hold our monuments to impossible standards. They are to be classical yet contemporary: elegant and consumable. They are to be mythologizing and didactic, telling an inclusive, rousing story. And undoubtedly, they must be grandiose yet meditative, inspiring feelings of both sublime patriotism and inner illumination. 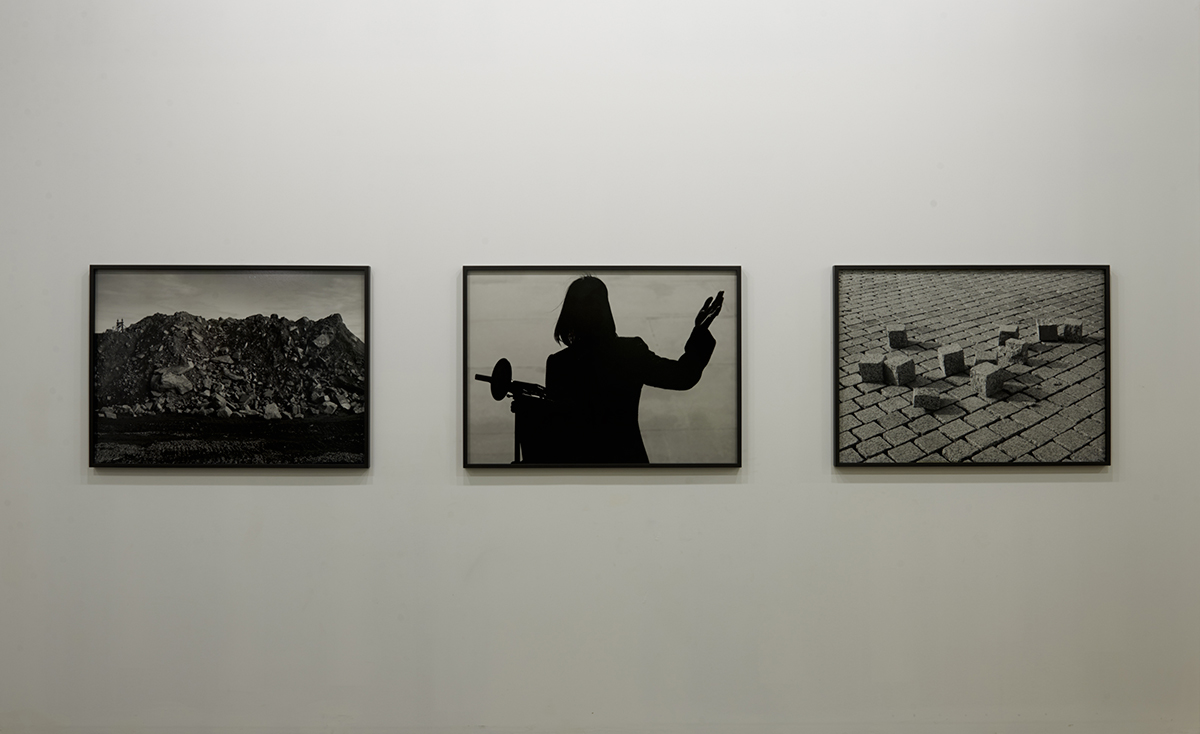 There is something of this impossibility in Barney Kulok’s Building, a series of photographs completed when the artist was given access in 2011 to document the construction of Four Freedoms Park on Roosevelt Island. (The park was designed by modernist architect Louis I. Kahn in 1973 as a memorial to FDR, only to be abandoned after Kahn’s sudden death the next year. After decades of neglect, the project broke ground in 2010.) Kulok’s black-and-white photographs, three of which were included in Surviving Sandy, turn the mundane details of a construction site into moments of beauty: dew drops grace fresh plywood, a paint can lies in a bed of dandelions, a closed toolbox casts a perfectly cornered shadow. Printed immaculately in black and white, each photograph isolates the object of focus with such precision that the image seems to capture a realm of perception outside our own.

Untitled (Cobblestone Constellation) (2011) exudes pristine, urban solitude, the kind of prized silence so rare in New York City. Loose bricks are scattered atop perfectly ordered rows, their shadows falling into the cracks. There isn’t a legendary name or figure in sight, but we can intuit these bricks were not laid for everyday walking. What cost, care, and time goes into memorializing a few Americans, when millions on both sides of the East River struggle to find their place in the established order.