The storm had subsided only recently. The gaping holes in those skeletal furnishings, coated with a sheen of silver as if still soaked with moisture from the floodwater, are tell-tale signs of recent damage. It was only yesterday that someone was sitting in that chair, talking to a friend who was snuggled in the nook of that sofa. Someone admired that portrait just last week. Only this morning someone asked me the time, and I glanced at that clock, whose hands are now stuck at six and four. 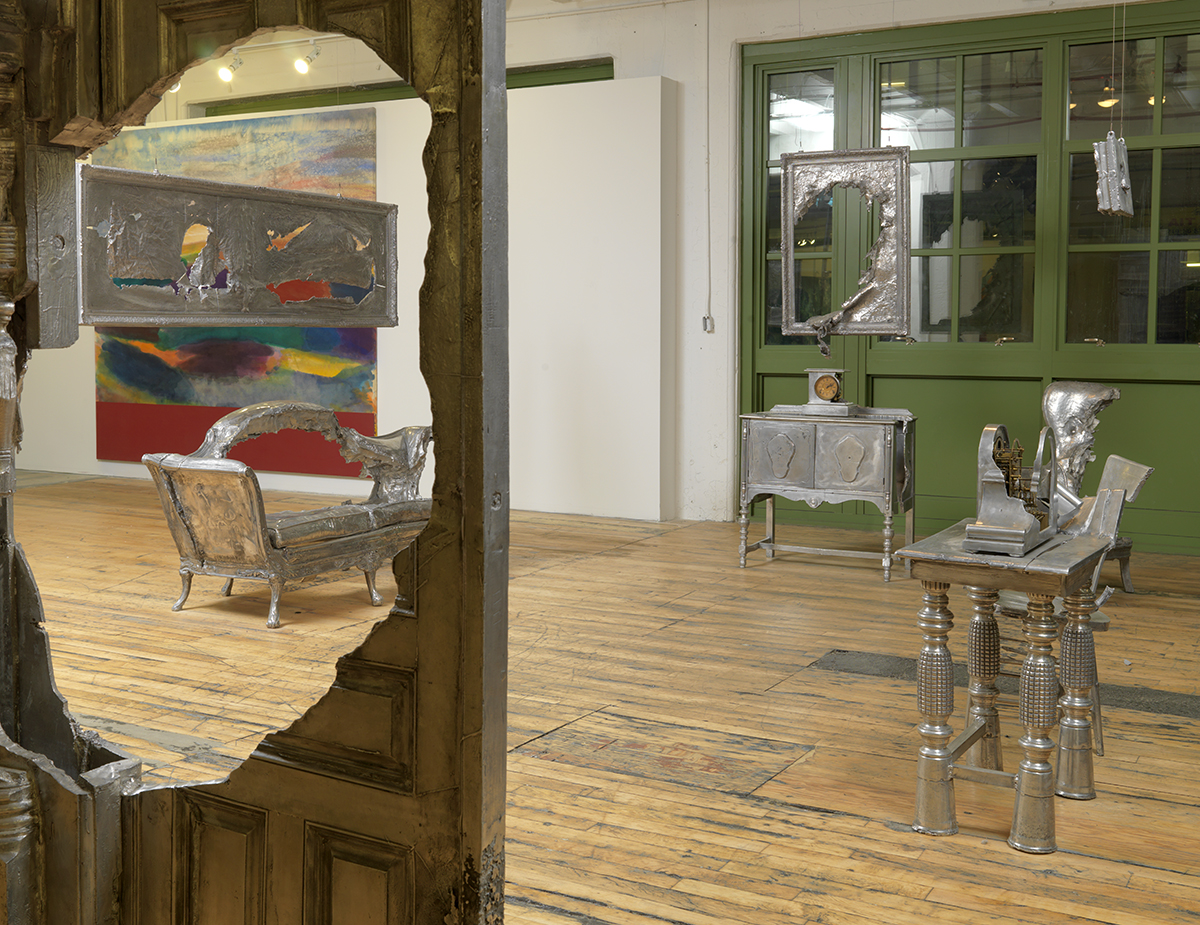 Months may have passed since Hurricane Sandy invaded half of Manhattan with its overwhelming force, but Benjamin Keating’s work brings it all back. His cast metal sculptures offer a permanent home to the vivid images of Sandy that are still looming in the back of New Yorkers’ minds. Not so much the images of water rushing into buildings or slapping against boardwalks, but of the devastating souvenirs left behind in mangled objects of daily use, robbed of purpose and life by nature’s hands. Keating’s personal reminders take the shape of elegant furnishings from his grandmother’s sitting room; chairs and tables he had perhaps seen and made use of all throughout his childhood, but could use no more. By casting objects in aluminum, the artist was able to capture lasting impressions of his memories from the time spent at his grandmother’s, as the titles of the works suggest. On her time is perhaps a reference to the lady’s punctuality, Her Door is Always Open, a reminder of her welcoming ways. Sandy may have drained the function out of her things, but things, in Keating’s hands, are given new life. And where a chair may have once literally borne the artist’s weight, it has now been transformed into an enduring symbol of hope in despair, life in death.