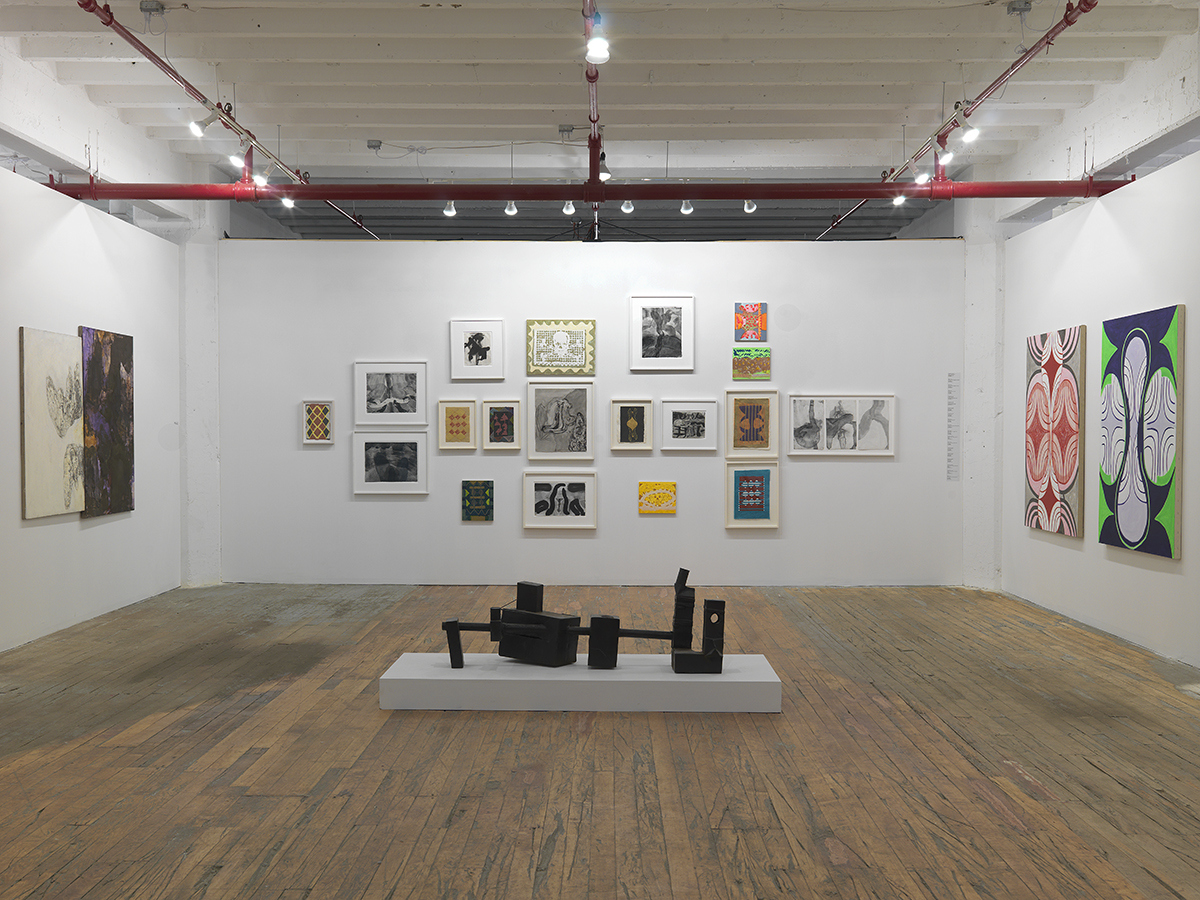 That Bob Witz’s 2011 piece, called Apollon-Musagète (or “Apollo, conducteur of the Muses”), is a reference to Igor Stravinsky’s 1928 ballet is made clear by the fact that the two pieces share a name. Based on an episode from Greek mythology in which three muses—Terpsichore (the muse of dance), Calliope (poetry), and Polyhymnia (mime)—visit Apollo, the Greek god of music, Stravinsky’s neo-classical piece played with the notion of remodeling, establishing new conventions regarding mythological depiction by placing a classical subject in a contemporary situation. It would not be wrong to say that Witz does something quite similar, by taking an established art form and changing its meaning by converting both its medium and style. Apollon-Musagète (2011) plays with the very concept of a ballet blanc in which all performers were dressed in white (as in the original Apollon-Musagète) and upends it by casting the movement as an all-black sculpture. His use of disposable, rectangular liquid-containers, such as olive oil jugs and milk cartons, to compose a flow of shapes seems to suggest that the work is a take on the idea of fluidity itself: both of movement and between mediums across time. Apollon-Musagète (2011) is therefore indicative of a certain flexibility of thought visible across Witz’s entire oeuvre. For, as Jed Lipinski put it in “A visit with Bob Witz, quite possibly New York City’s only remaining outsider artist,” if one sees a survey of the artist’s work, one would think it “resemble(s) less the work of a single man than a collective of slightly disturbed, post-war folk artists from the Deep South.” 1 This very quality is what links Witz and Stravinsky, since both men have been known (and often criticized) for their diversity of artistic style. Each has dealt with a rise and fall of popularity in his time. In his 1949 publication, Philosophy of Modern Music, Theodor W. Adorno criticized Stravinsky on his compositions, pointing out that the latter’s artistic sensibility shared more with the time-space construct of painting than the time-duration framework necessary for the composition of a successful piece of music. This however, did not stop Stravinsky from making a name for himself in Russia and the United States. Witz, after the initial fame from the publication of his half-joking, often-critical letters to Artforum in 1973, went underground; dabbling in numerous projects from publishing magazines to working on group shows and sketching people at a McDonald’s, but rarely surfacing long enough to engage with society. However, his vast array of artistic experimentation has made him critically important in a culture that has, by and large, stopped promoting risk-taking. According to Ron Kolm, friend and co-member of The Unbearables with Witz, “Bob has never tried to endear himself to the cultural establishment of New York City […] He doesn’t kowtow or network. But in a world where a lot of people are simulations of the real thing, Bob is the real thing. He’s a real artist.” 2