In the late ’80s, I was part of a group of loosely affiliated abstract painters spanning Brooklyn and Manhattan. For these guys, and they were all guys, Gary Stephan had cult status. In particular, John Otte had a reverence for Gary’s paintings born of a short stint as his studio assistant. His roommate Erick Johnson had an even grander opinion of Gary’s “hard insider game.” Coming from Erick, a former jock with a strong competitive streak, this was high praise. In short, for my crew of hardcore abstract painter boys, Gary was the man.

Not long after, courtesy of John and Erick, I had the good fortune to visit Gary and his wife Suzanne Joelson at their country place outside of Kingston, New York during the summer. Evidently it had been a good one so far. 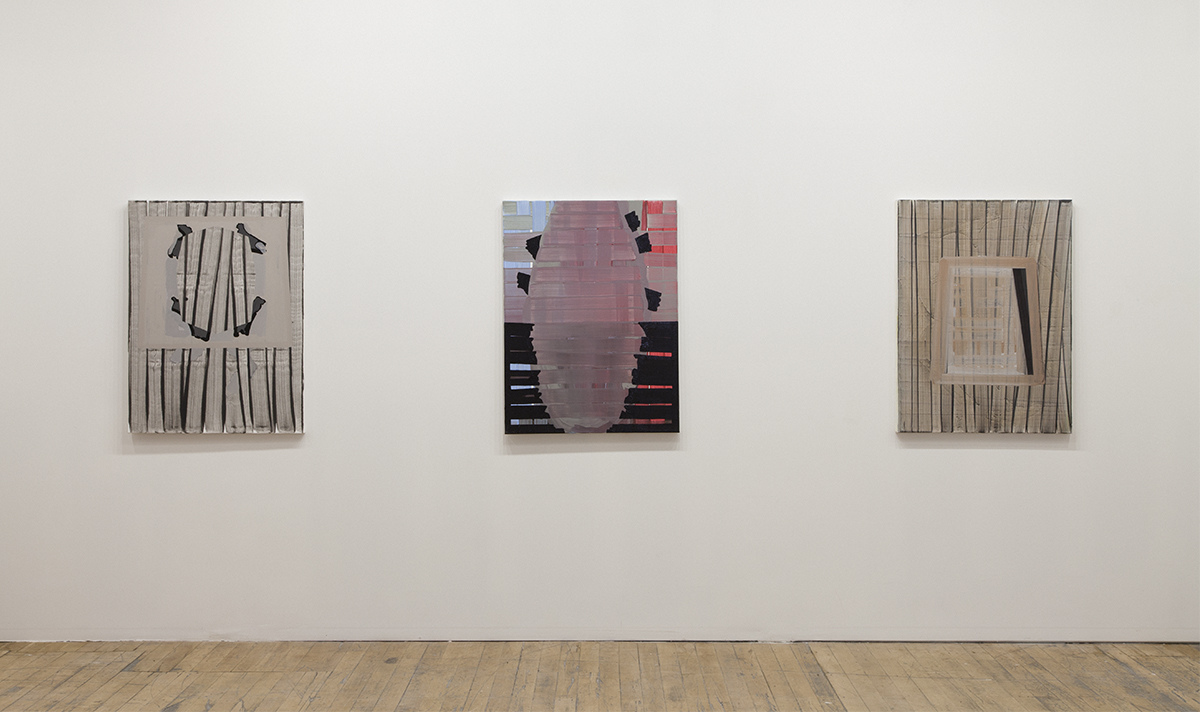 “Gary mowed the lawn today, and made another painting.” Suzanne observed, with a fellow painter’s trace of awe and envy.

Yet, Gary seemed oddly diffident and even reserved for a man of his reputation. Within a few moments I began to see the outlines of a restless intellect emerging—a restlessness that became manifest as we entered his studio. To my eye, there was nothing this man couldn’t do with acrylic paint, and this facility allowed him to move in several directions all at once in the same painting. 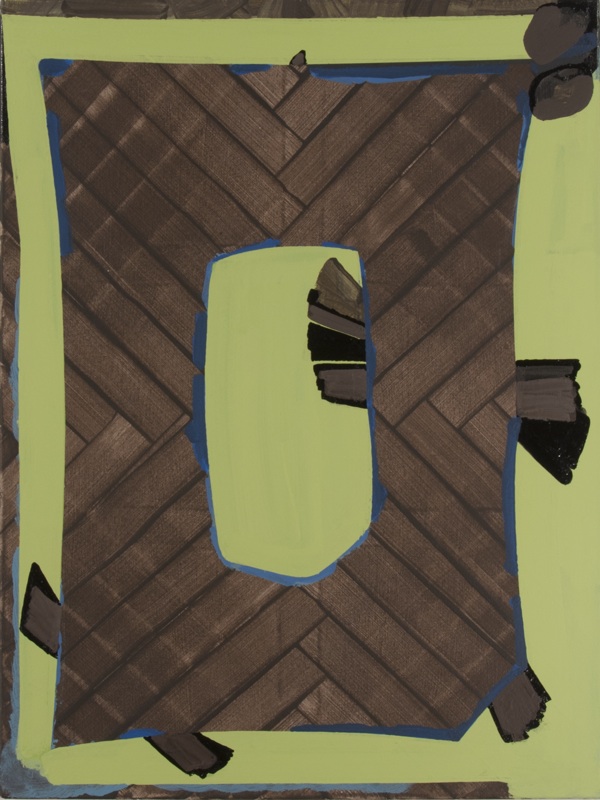 Export Porcelain (2013) forms part of a body of work Stephan has been developing since 2010. In these paintings, he uses wide textured brush strokes to create a grid of sorts which form a counterpoint to additional brush strokes and areas of flat color, or both.

Ever the prestidigitator when it comes to surface—these paintings have all the hallmarks of his painterly intelligence. I defy anyone to tell me the order in which he applied the layers of paint in Export Porcelain. The complex layering creates an ambiguous dialogue between positive and negative space, a familiar gambit of the artist. For instance, at first glance the green appears to be the positive space on top of the brown diagonal textured brush strokes. However, down at the bottom-right corner, the green goes all the way out to the edge, creating the impression that it, and not the brown, is the ground. And what are those odd streaks of blue all about? Are they light or just another layer?

The point is Gary Stephan’s work always rewards sustained attention because his paintings show a man who thinks not only with his head but with his hands. Throw in a unique color sense, which is at once elegant and pungently dissonant, along with a studied, nonchalant, high wire paint handling, and, for paint lovers like me, it really doesn’t get much better.