Whenever I look at James Siena’s work, I am reminded of a very funny review of a Siena drawing show at Gorney, Bravin + Lee by Jerry Saltz in The Village Voice back in 2003. In his typical self-deprecating manner, Saltz describes his attempts to reproduce Siena’s drawings in his own home after coming to the conclusion that they couldn’t be that hard to do since their facture was so obvious. Predictably enough, Saltz proves unable to come near the vitality and power of Siena’s work. His epiphany after his failed attempts is worth quoting: “I grasped how much commitment and focus is necessary to make these little drawings and how incisive Siena’s mind is.” 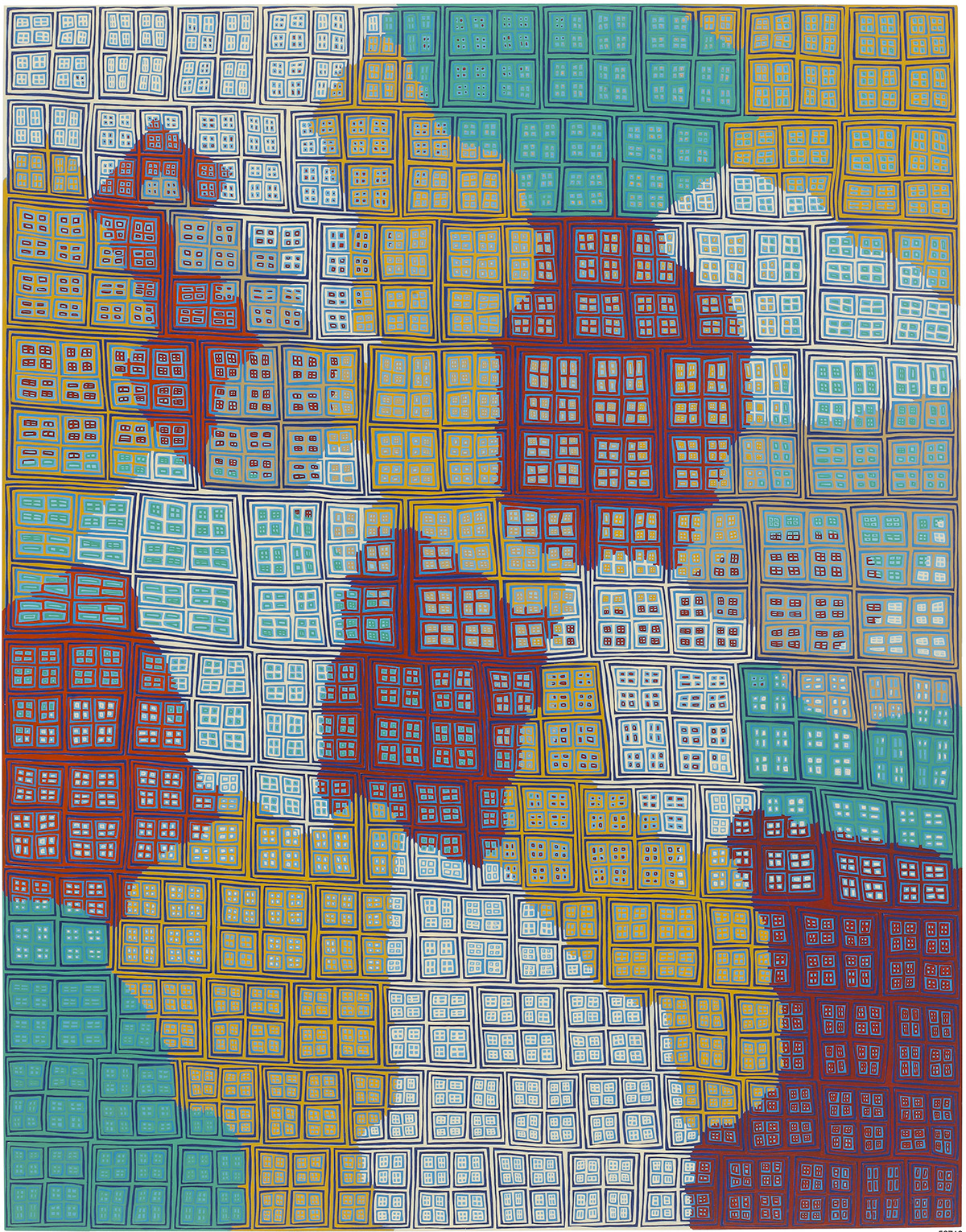 Leviathan, on view in Surviving Sandy, while gorgeous in its own right, feels comparatively fussy in relation to the drawings Saltz wrote about in 2003. Where the color and drawing seem inevitable within the rules of the drawings, the map-like blotches on Leviathan seem added on, and detract from the painting’s impact. Our paintings, as my teacher Jack Tworkov observed, are always trying to catch up to our drawings. Yet, the rush that Siena’s works produces comes squarely out of his performance as a draftsman.

It is important to remember that he started out as a performance artist. Critics often point out his algorithmic approach to drawing, and certainly when he emerged in the late ’90s it was a good time to have that conversation. That said, a lot of artists have used rules or algorithms to drive their art practice going as far back as Oulipo. What I find fascinating is the gap between his rules and what his hand produces and it is here—in that gap—that the mental focus Saltz praises emerges as the very subject of the artwork.

In Leviathan I see Siena’s mind working as it comes up against the limits imposed by the rules, which are not completely clear but obviously involve fractal-like squares nesting in bigger squares. The decisions he makes in the moment hold my interest—for example, deciding which color the innermost squares will take in each four by four array. Siena’s abstractions are performative, rather than contemplative, inviting the spectator to build the image alongside him, which would account for Saltz’s temptation to emulate him. Maybe Siena’s works need to come with a warning label: “Don’t try this at home!”