Ask the fact for the form

I might even say that the rhyme is there in the theme, thought, and image
themselves. Ask the fact for the form. For a verse is not a vehicle to carry a
sentence as a jewel is carried in a case; the verse must be alive and inseparable
from its contents

—Say it! no ideas but in things—
and factories crystallized from its force,
like ice from spray upon the chimney rocks

Under the Manhattan Bridge, there was a perfect lemon-meringue pie, with its curlicued peaks and ruffled crust untouched, nestled in a crazy conglomeration of wood and plastic debris as if the nest was made for it. Farther on, lying in the middle of a street two blocks from the river, was an enormous wooden railroad tie, with part of a Rubik’s Cube stuck in its crevice. In the quiet aftermath of Hurricane Sandy, these sights were common—objects hurled together and coerced into association. 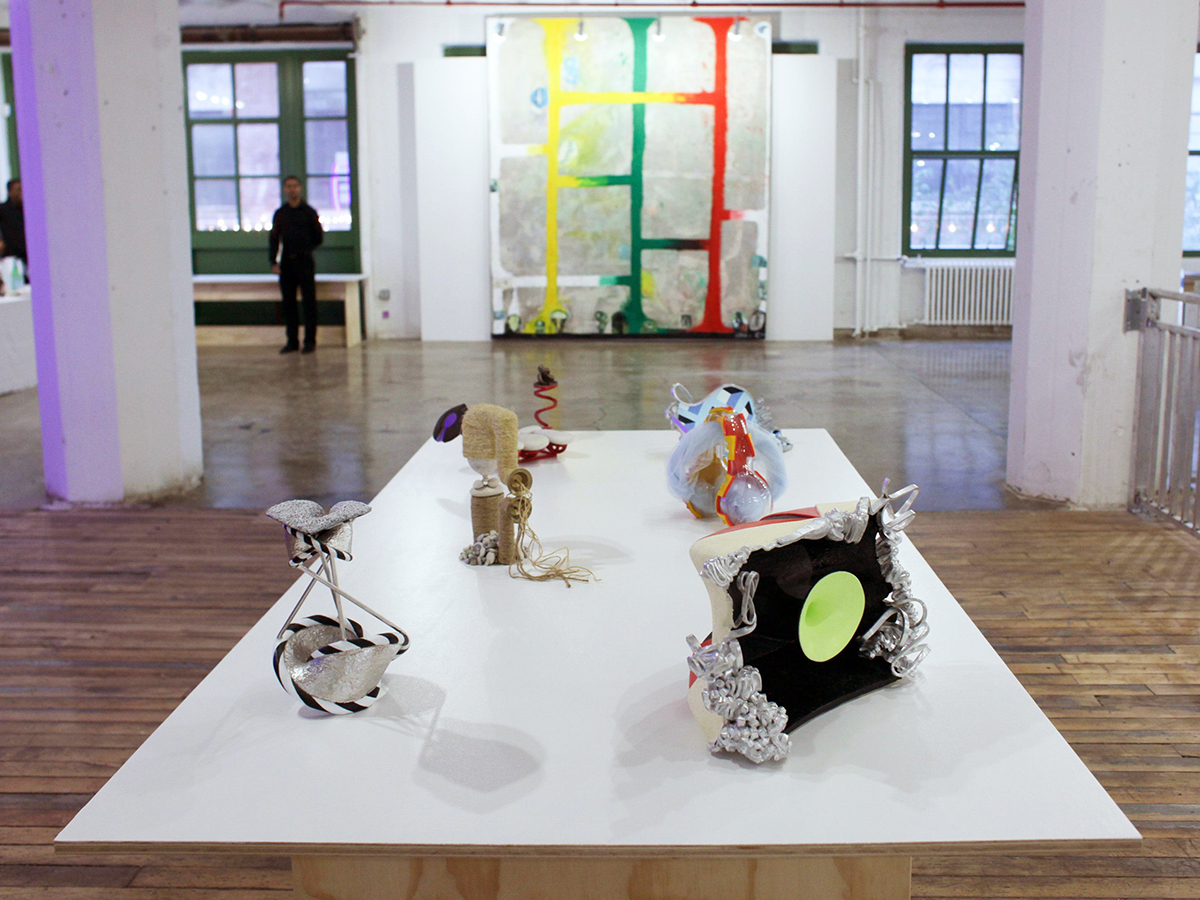 In Ask the fact for the form (aftermask), I took a couple of these ribbon-y pieces and balanced them on each other until they found their own locked-in structure […] as if it almost happened without me!

In recent years, John Newman has been making sculptures with delicate arranged marriages of sundry parts from precious to chunky. In the series titled Ask the Fact for the Form, he uses a generative process that takes accident as its directive. In an email, Newman wrote about visiting a factory in the ’90s that extrudes aluminum wire with a machine that reminded him of a pasta maker. He was attracted to a discarded pile of twisted “mistakes,” explaining,

“Apparently, occasionally, as the metal is going through the hole it gets stopped up and then the metal keeps feeding towards the hole but backs up and makes crazy unpredictable shapes that twist away as it cools. They are an industrial accident and a natural form […] sped up geology like magma and therefore a record of time. […] In Ask the fact for the form (aftermask), I took a couple of these ribbon-y pieces and balanced them on each other until they found their own locked-in structure […] as if it almost happened without me!”

Newman then “asked” this curly framework for a form, and it answered with a procedure. Stretching wire between the ribbons, he discovered a warped topology and then covered the surface with resin and Japanese paper. He painted a trompe l’oeil geometric image onto it, and by distorting the image, he added an illusion to an illusion. The result is a curious collision of disparate parts—silver frilly excretions surrounding a tile pattern both Roman and quantum—that have the authority of belonging together only after the fact.

Absent any reference, these new works feel “scale-less.” In photographs, they could be as small as that lemon-meringue pie or as large as the wooden beam. In fact they are small and intimate; a little more than pie-size. 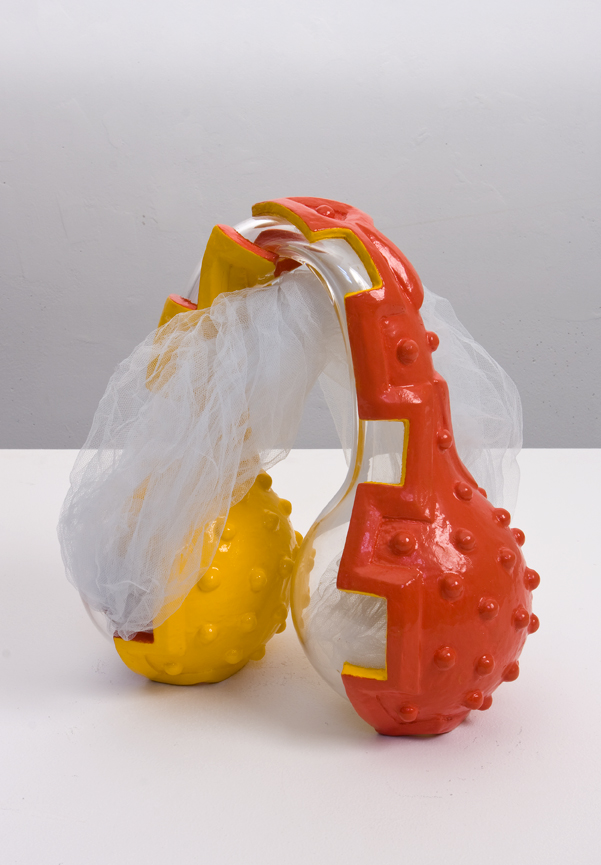 Newman’s small sculptures aren’t abstractions or representations; they don’t stand for anything other than themselves, though they continually suggest. They aren’t models, though they seem to model a larger idea. The works have their own rationale, but one we haven’t met before. Perhaps it’s their small scale and exquisite craftsmanship that give you the urge to walk off with them (Newman likens them to scholar’s rocks or globes). They are surprisingly seductive and almost preposterous; things we really want in the world but couldn’t have imagined until we laid eyes on them.