All things are subject to explanation by constructs that assign or impregnate their subjects with meaning. In order to construct meaning, an order is assigned to the object’s components. Out of this ordering comes the inevitability of a hierarchy. From hierarchy, we are then given a system of relations in which precedent is given to one thing while the other is sublimated. Matthew Lange has devised a system of ordering which he has called “The Plummet Machine.” For his presentation for Surviving Sandy—in a roughly ten by ten foot square of building rubble on the third floor of Industry City—Lange exhibited photos, an installation, and enacted a performance that addressed his theoretical system. According to this hypothetical model, “all social relationships can be explained by referring their components back to the interplay of the seven archetypical Organs that constitute The Plummet Machine.” 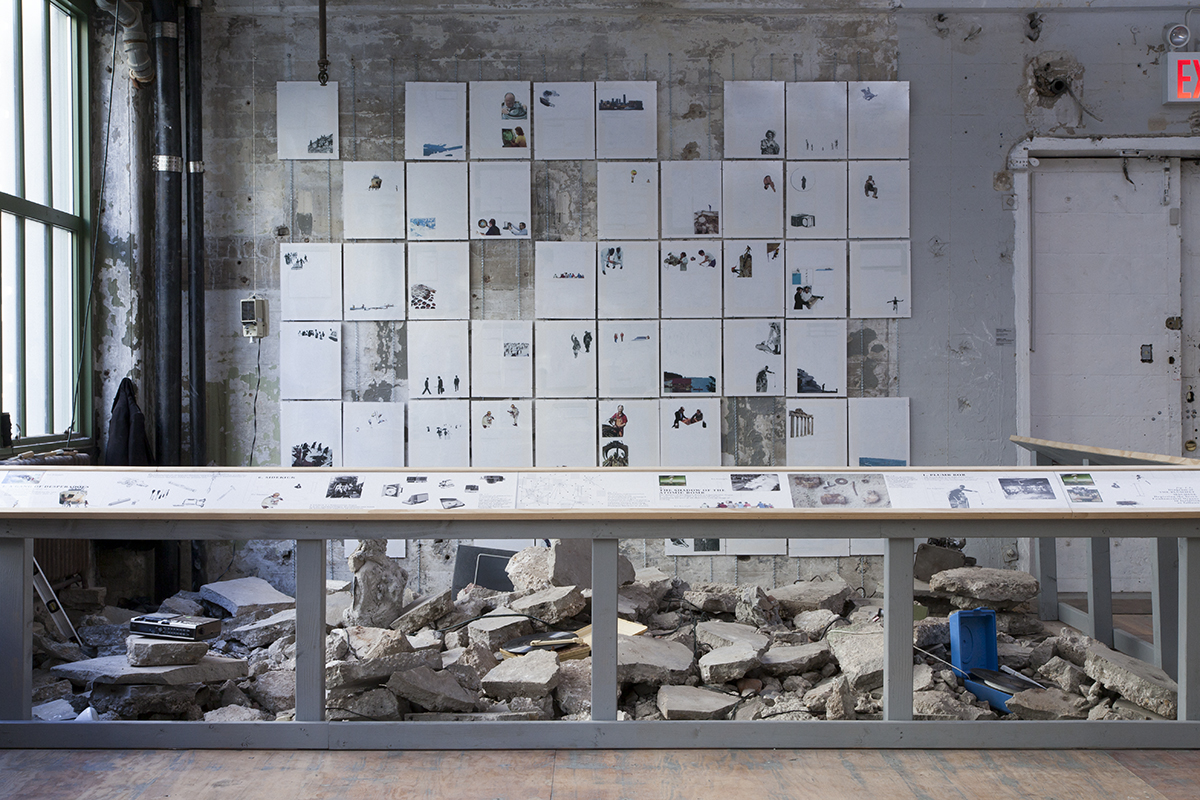 As an apparatus, in the full critical/theoretical sense of the term, this set of seven archetypal “strata” is a scaffold into which any phenomena can be inserted. For Surviving Sandy Lange set his excavation site against the backdrop of a grid of reproductions from altered encyclopedia pages. On the opening night of the exhibition, Lange enacted a performance in which he moved about in the cordoned off rubble turning on analogue gadgets such as vintage projectors and portable record players. In a self-consciously Beuysian gesture, Lange, wearing a grey suit, wobbles around amidst a square of rubble that he instructed a work crew to leave behind. The rubble pile was partitioned off from the main gallery by a simply constructed wooden railing, not unlike something one would encounter on a nature trail in a national forest. In the forest the weathered wooden structure would have placards bolted to it with faded images of wildlife (woodpeckers, fungi, and rodentia) that one could only hope to catch a glimpse of. The images would be accompanied by bits of concise text which would tell us a thing or two about this or that creature; a fun fact. 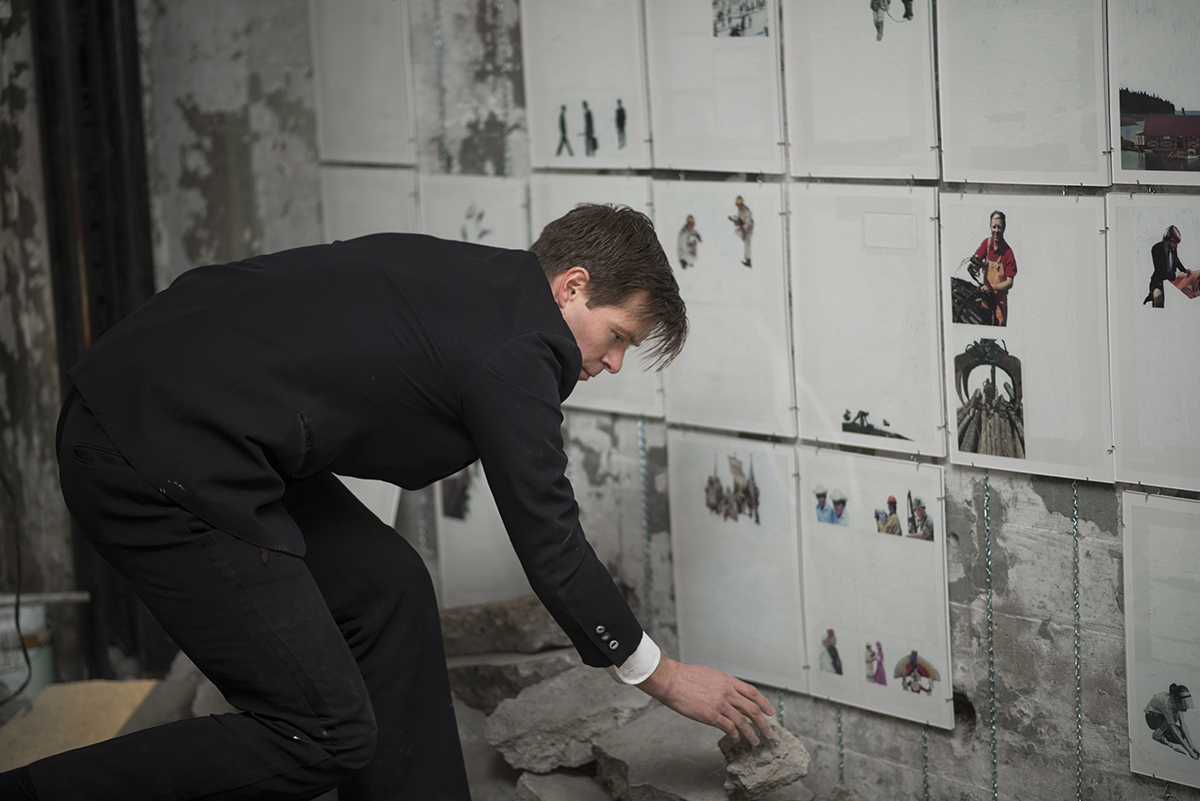 Lange reveals that often theoretical systems are closed circuits and subject to the manipulation of individuals. In this way, he highlights the premise of Foucault’s seminal text The Order of Things. The site of Lange’s performance is given precedent as a locus of shifting power relations from its original use as light industry to its present state as an exhibition space. The exposed rubble from the broken concrete floor and the bits of iron and steel from machine parts that were “unearthed” during the site’s renovation for the exhibition bring into focus the fetishism and nostalgia for raw space. 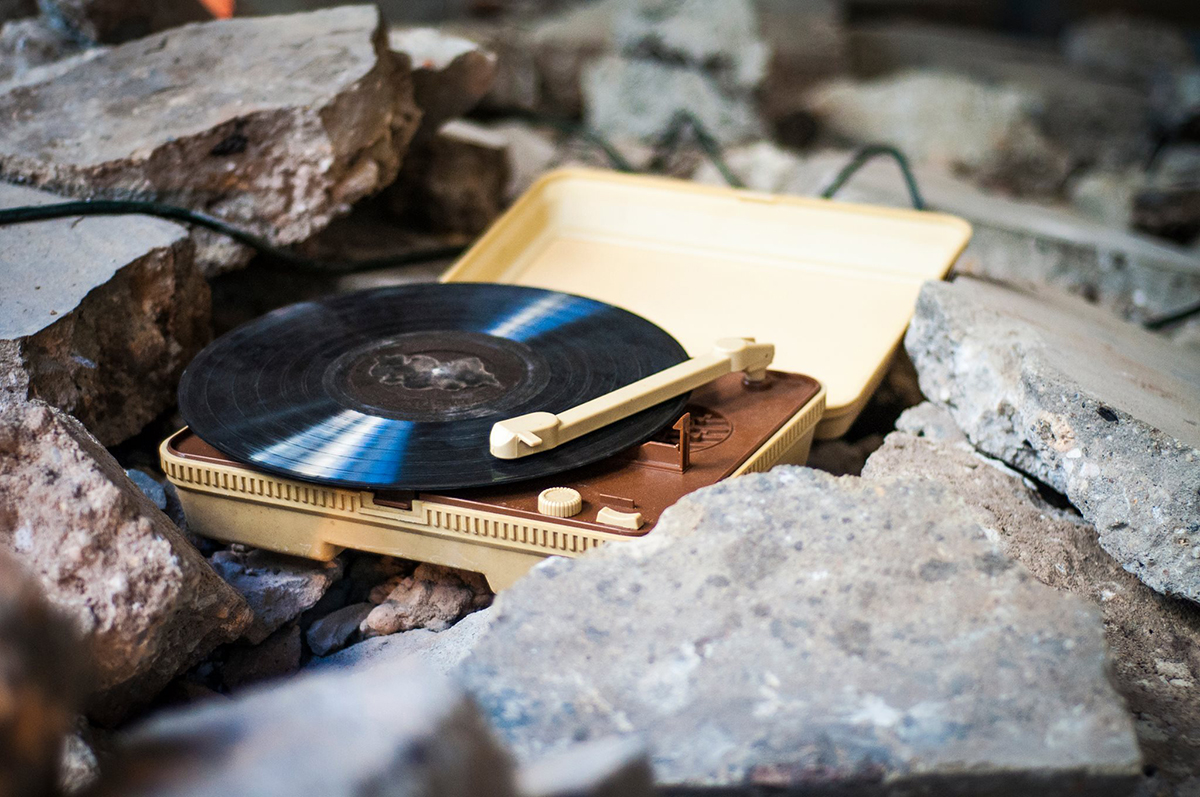