The Collector; Oracle in Reverse

Before being about anything, Michelle Segre’s Surviving Sandy sculptures are about matter, such as the feel of their materials—from papier-mâché to milk crates—coaxed by plaster, tape, and putty into position. Many of the materials Segre uses are most often colloquially used to bind, adhere, attach, contain. Consequently, the works seem to be all joints: sometimes actively holding together, sometimes dangling in more or less acrobatic leisure. The armatures, too, join in the wrapping. They create arabesques that at once organize the stuff of the sculptures and allow their dense centers to disperse as lattices. 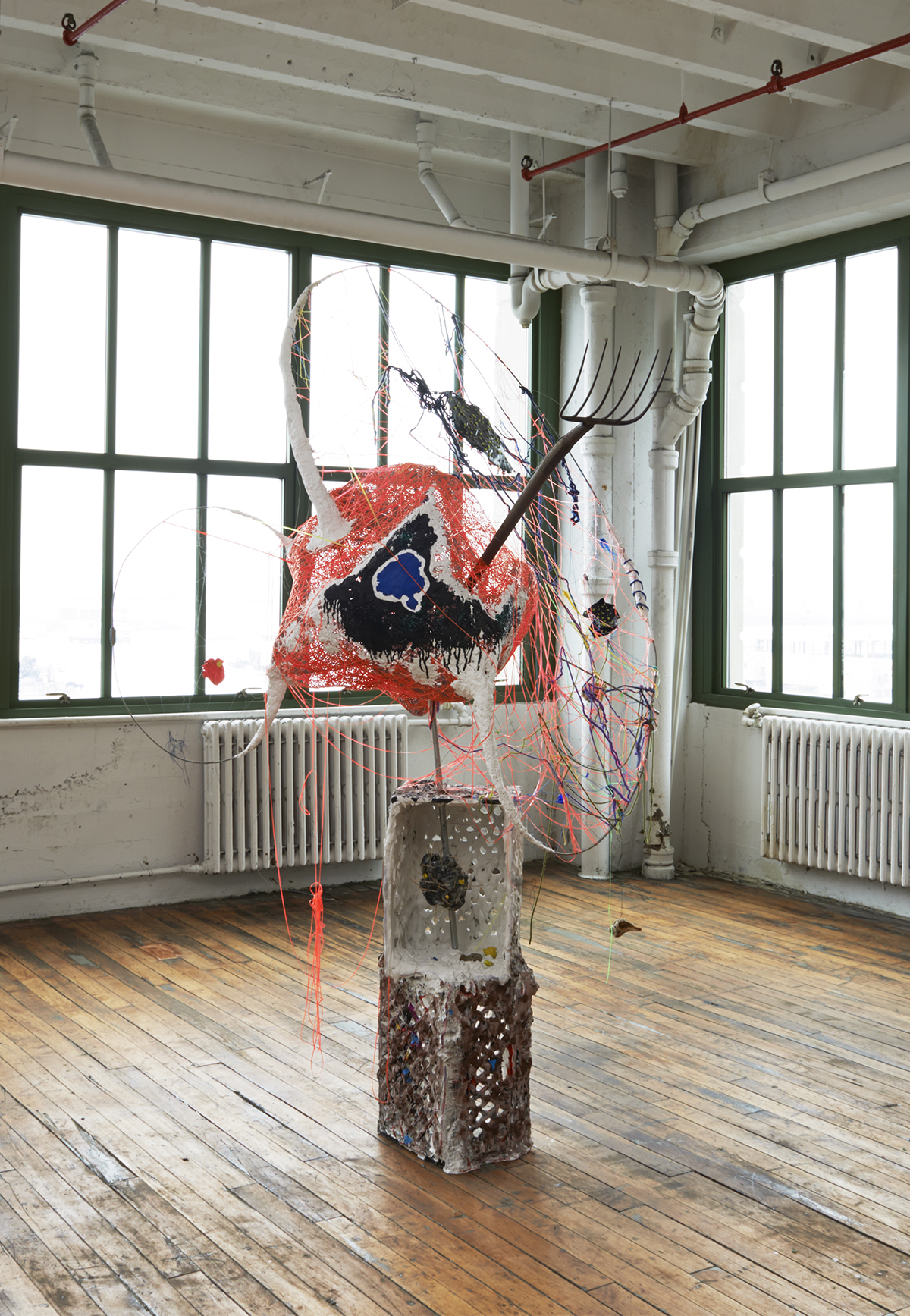 As one backs up a bit, the works take on loosely figurative overtones. Their titles, The Collector and Oracle in Reverse, reinforce a kinship with archetypes; their compact nuclei begin to resemble heads or torsos; their bulges and swerves settle into the shifting weight of stances. As archetypes, the sculptures describe an attitude toward and the directionality of their own substance. The Collector scoops up more and more with its trunk-arm-pitchfork to display or carry alongside itself, turning its central core into a kind of gluttonous eye-stomach and the material around it into a sticky net. Meanwhile, Oracle in Reverse posits its surrounding cloud as a series of utterances to be retracted, holding them close. Both their identities are characterized by a relationship to the things and surfaces of which they are made.

Still, the overt and varied materiality experienced at close range remains present at any distance. This is due in part to a sense that the larger structures are arrived at through additive building as opposed to a predetermined schematic. In this operation, the smallest unit of meaning is a particular material. As units, however, the materials seem to oscillate between committing to the larger structure in question and retaining their everyday identities.

Because of this flipping, the material jointing takes on an active, participatory dimension that is presented as something quite difficult to realize in physical terms. The negative space the sculptures enclose emphasizes both the distance these units must travel to connect with one another and their tenuousness. The circulation of air inside the sculptures is a reminder of other destabilizing physical forces the work is subject to, such as gravity, imbalance, and the erosion of adhesive properties over time. Proximity to Oracle in Reverse and The Collector causes disturbances as bodies and breath create breezes affecting small, suspended clumps of draped or tape-affixed screws and strings. Things connect, breed, colonize, and grow, unpredictably and seemingly without end. 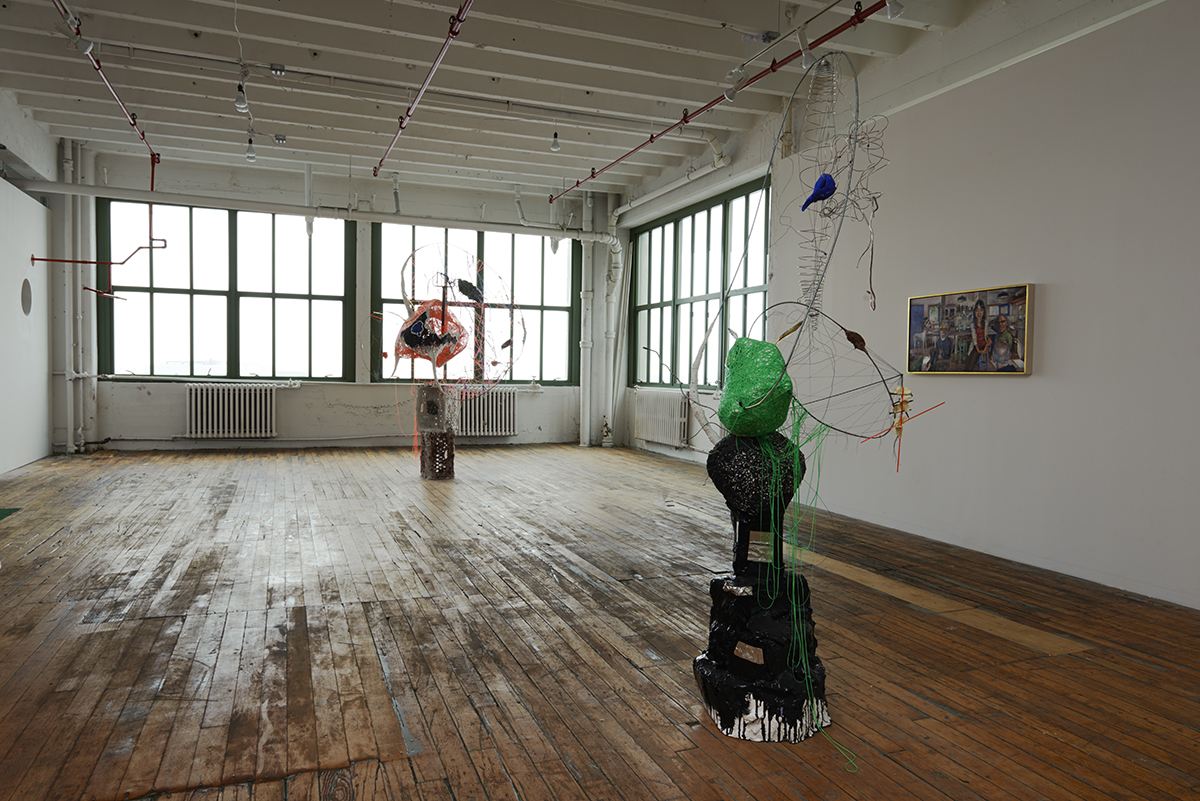 The units cohere into the figures they proclaim themselves to be only at the largest scale, as we view the object in its entirety, and the materials take on a kind of metaphoric meaning—as Collector or Oracle—which is not inherent to them. As such, the sense of figuration in the work is dual: as the final “figure” the work claims to be, and in the self-figuring of material units into a whole.

The kind of attention that Segre pays to material identity and the micro-level connections that make large gestures and forms possible is particularly relevant in its implication to contemporary understandings of statuary. They present the archetype as an incredibly porous form. Because the sense of the “type” is punctured explicitly by holes and implicitly by Segre’s emphasis on substances and self-fashioning, there is a sense that the units could remake themselves as any form at their own volition. The works invert the expectation that the identity of the person, iconic or actual, represented by a statue should dictate the form of its constitution. They argue instead for an awareness that our relevant archetypes are not predetermined but built of mediums that have independent characteristics and growth patterns and that we need these archetypes, unstable as they are, to have a relationship with the materials and conditions of their making.