By the mid-’90s, Richard Serra had become an art world superstar. He had started to become recognized as the world’s “greatest living sculptor,” a superlative so bold and ridiculous that perhaps Serra was the only artist that could be considered for it in the first place. He has never been a subtle artist; his opinions share the same qualities as his most famous sculptures: big, loud, immutable. It was during this same period that he created Weight and Measure, a sculpture in which two steel cubes—one 35 tons, the other 39—are placed opposite each other in the center of the room. First displayed at the Tate Gallery in 1992, Weight and Measure seems to carry a special resonance with the artist, inspiring many other works, including similarly sized sculptural pieces, drawings, and his other preferred medium, etchings. 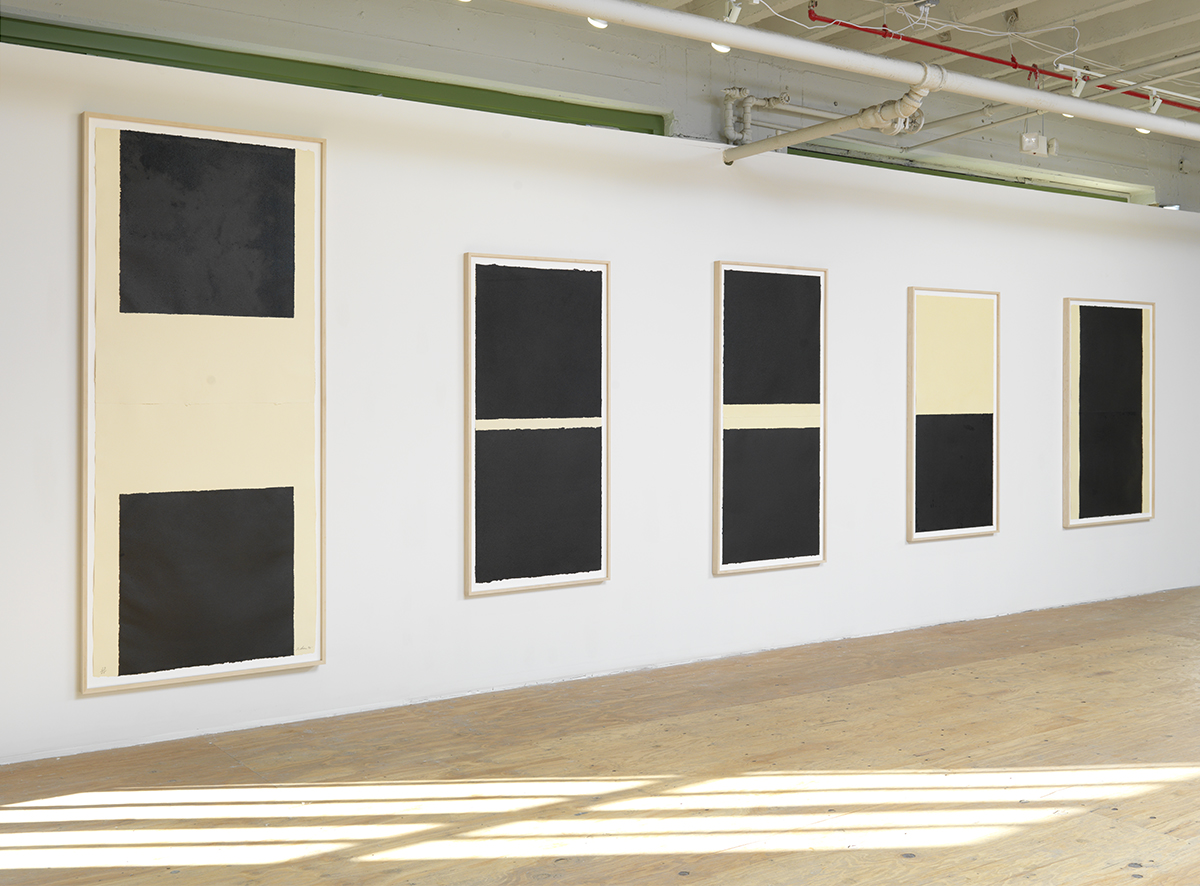 More than 15 years and countless works later, Serra’s status within the canon is steel plated, and Weight and Measure remains a touchstone for the artist’s career. In the Come Together show, Serra included five intaglio etchings, all of which are spatial studies of the original Weight and Measure sculpture. They were created through aquatint, a special method of etching, and rendered with a soft, satiny black ink on handmade paper; they are at once rigid in appearance and soft in tone. And hung as they were on the sixth floor, bathed in light from a large, western window, the prints felt like the center of the room: everything else was defined by it’s relationship to them.

Compared to his sculpture work—which constantly restructures, using hundreds of thousands of pounds of raw steel, the very space in which you view it—Richard Serra’s drawings and prints are small. Though, that’s not to say they are without a weight of their own. The heaviness that is imbued within these works is not an actual weight, but a negative one: heavy for everything they’re not, heavy with the artist’s reputation, heavy with expectations. Conceptually, his etchings aren’t dissimilar from his sculpture: they alter, distort, or at the very least make us think about the space in which we view them. The prints provide the semblance of a three-dimensional element as well, albeit a small one. The heaviness of the ink in the black squares, and the absence thereof in the raw ones with which they are paired, alternately intensifies and eschews this effect; the prints are at once closer and more distant than they actually are.