A Kind of Rapture

In a dimly lit cubicle on the third floor of Industry City’s mammoth warehouse, six masterpieces of modern photography stare out across a room; still, serious, and open, waiting for a viewer to wander in. Of the six, four are portraits, ever so slightly larger than life and very direct—no titles, no names, no context, no accompanying verbiage of any kind—just tightly cropped shots of faces and shoulders, everyman individuals suffused in a certain subtle quality of light. Two large abstractions act as bookends, or the heads of a strange family dinner table, their amber glow and mercurial forms simultaneously recalling stained glass and the caves at Lascaux. More immersive than introspective, these images swallow the viewer, taking her beyond surface and language, straight “into a glitter that is a life, a gold / that is a being, a will, a fate.” 1 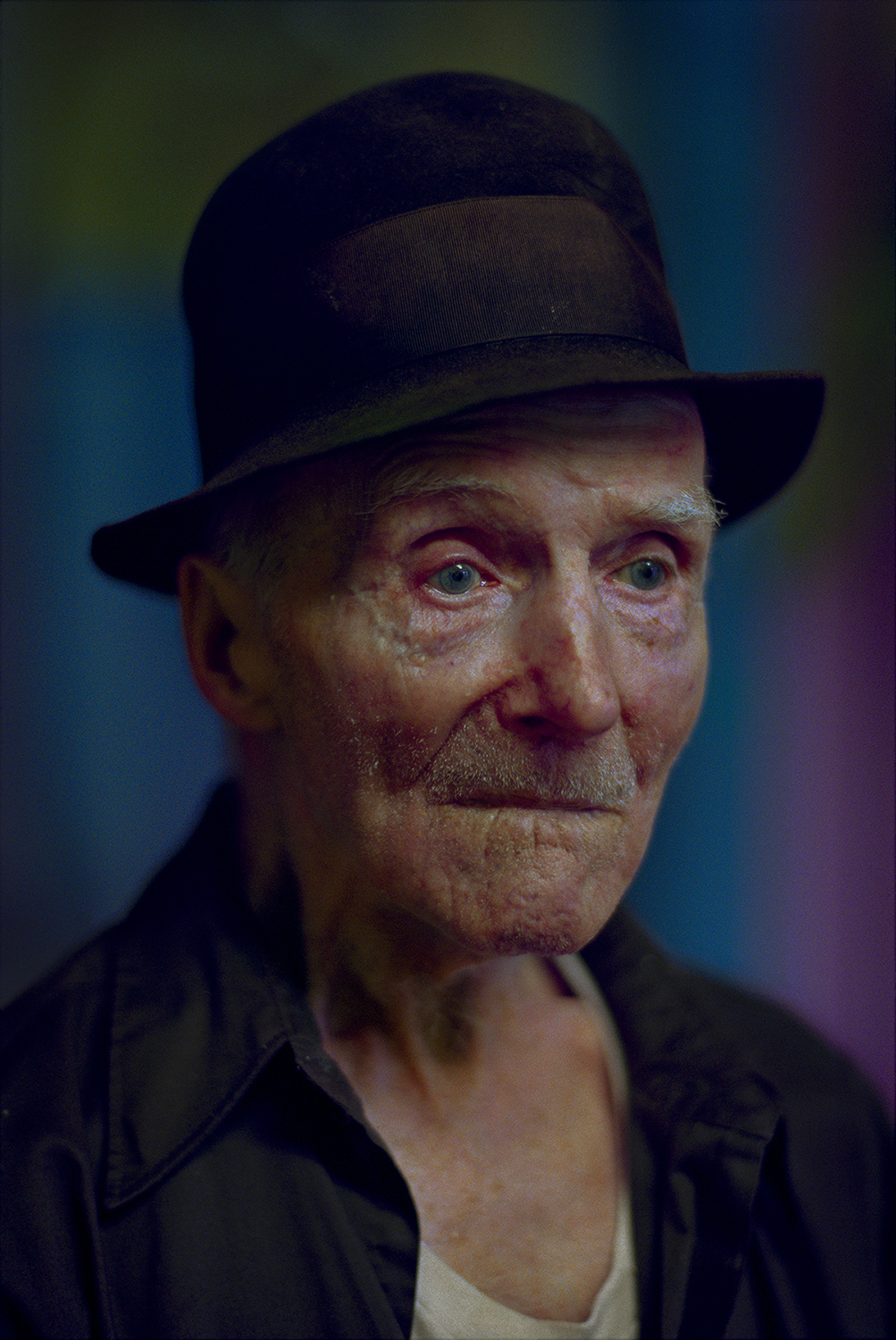 There is something dangerous yet deeply spiritual about Robert Bergman’s photographs. Perhaps it is the careful combination of the low lighting and their eerie inner luminescence, or maybe it is because these meticulously printed photographs, like holy relics, are so rarely seen in the flesh. Yet more than that, their menacing allure seems to come from some as-yet-unnamed significant quality that writers from Toni Morrison to Meyer Schapiro have tried to put pen to. 2 We are continually drawn in by what has been discussed as dignity, straightforward artfulness, exceptional fullness, disarming address of oblivion, and even, as Morrison put it, “a kind of rapture that is as close as can be to a master template of the singularity, the community, the unextinguishable sacredness of the human race.” 3

Although eloquent, Morrison’s point is a partial view that skews our understanding of the whole. To focus on the human aspect, like treating Bergman solely as a classical portraitist or documentary photographer, is to do his total oeuvre an injustice. His portraits gesture toward something larger, while the abstract images tell you everything you need to know. Yet in order to talk about Bergman’s abstractions, one must talk about his portraits, for they are essentially two ways of saying the same thing. The grizzled old man in a felt hat or African-American woman with her commanding gaze: these faces belong to anyone, everyone, and no one, highly individual yet without a single identifying detail beyond the frame. These people, their content, is not what matters; rather form, and light, and the absence of any context is everything. The images are of marvelous density, but carry no substance, and in this way approach the sublime.

Of the six works on view, the two abstractions are the alpha and omega, depicting the pulse and gleam of what one might call, in the borrowed words of poet Karl Shapiro, the “unmasticated pulp of life.” They are able to reach through the portraits, through our feeble preoccupation with the particular, to get at the thing behind the thing behind each sitter’s eyes. Veins of violet, plum, and inky black cut through a warm palette reminiscent of molten glass; the phrase “fire in the belly” comes to mind. Upon close inspection, these photographs take on the texture of burning film, pocked and curling with the frantic, fluid activity of primordial ooze. The effect is at once agitating and oddly satisfying, a kind of negative pleasure that comes less from a liking for the object than “a liking for the expansion of the imagination itself.” 4