Deformed and Distended: Space Knotted in Circles and Squares

A Lissajous figure, framed within its invisible rectangular confinement, hovers on the top left corner of a canvas. Painted against an indigo-blue background in bleeding tints of white, the figure—a two-dimensional representation of parametric equations used to describe harmonic motion in mathematics—meets its shadow at its bottom right. It shifts further right to merge with the silhouettes of four Lissajous knots. Placed at the corners of yet another invisible rectangle, the ghostly white knots seem to signify three-dimensional reincarnations of the earlier figure, glorifying the infinite variety and seamless interconnectivity of space. 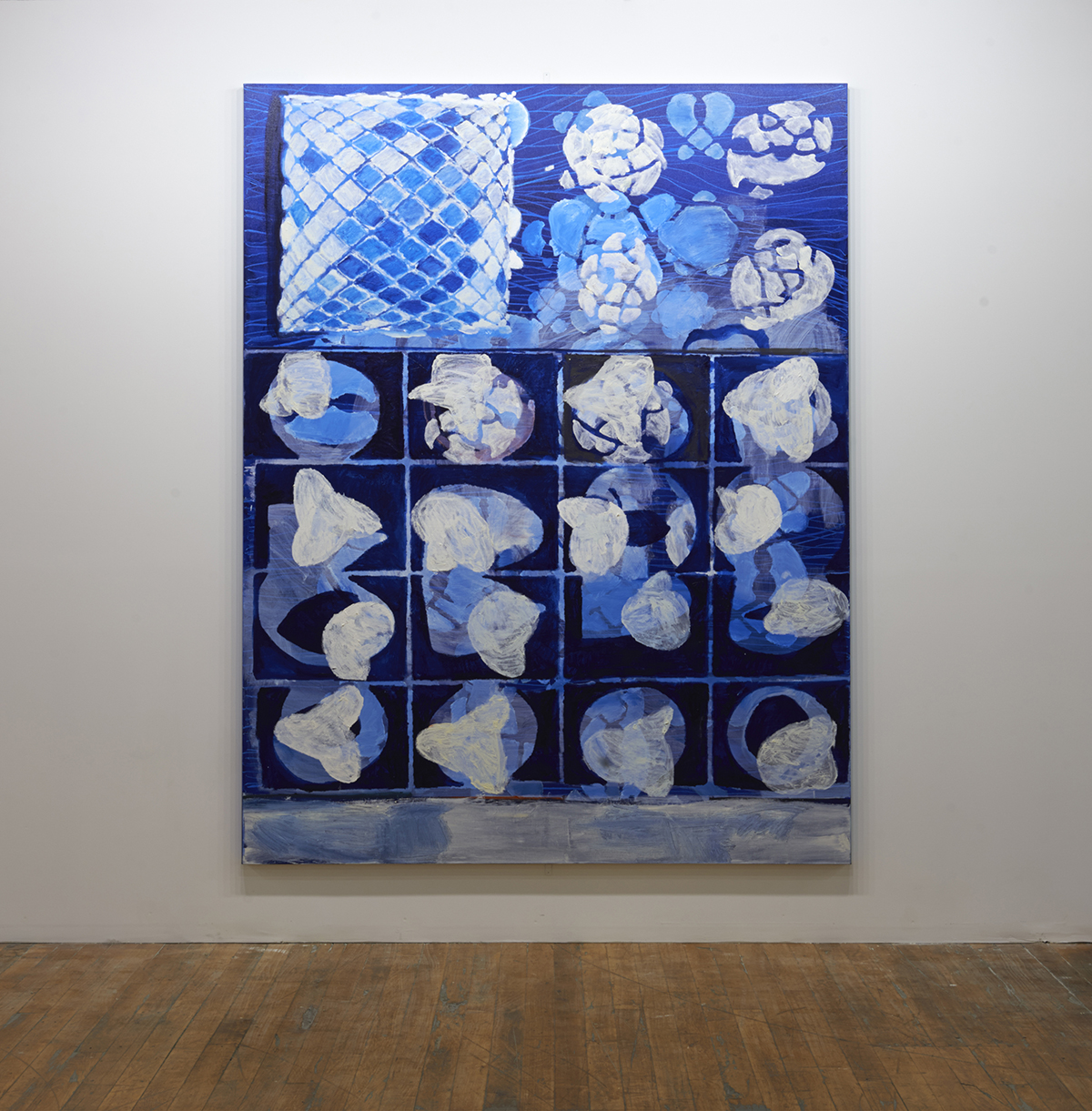 The entire canvas is a strange combination of mapping and morphing. The top third is devoted to illustrating the plan (Lissajous figure) and four sections (knots) of a continuous period function, while the rest of the canvas is laid down as a 4 by 4 grid, each rectangle showing what looks to be the figure in motion; angles shifting, shadows merging, shapes overlapping, colors blending into each other in a succession of sixteen boxes. Each box offers what appears to be a complete function within itself while, at the same time, each represents part of a greater movement.

In Deformation Tools, part of Terry Winters’s Knotted Graphs series from 2008, the artist seems to be looking both at and within space, imagining an object slowly unfurling into its surroundings to reveal an immaculate connection between the two. As the knot evolves into the last bulbous shape, slowly losing details along the way until it flattens into a globular form nestling within the curve of a wisp of painted smoke, all distinctions between object and space collapse to reveal an infinite array of possibilities when looking at the relationship between entities. Winters’s use of the Lissajous curve has often been referred to as a pensive signal amidst an ocean of noise; an apt metaphor from the world of harmonic motion, given the artist’s stated fascination with the computation of movement. From the natural to the virtual, Winters spent decades exploring the relationship between an object and the space it occupies. His interests in biology, architecture, physics, mathematics—all point towards a fascination with the process of creation, be it a formula, a map or a work of art. In Deformation Tools, the artist uses knot theory to render the evolution of an object, revealing its connection to space, its journey through time and its ability to simultaneously be a part of a whole, as well as the sum of all parts.