47 Catherine; By the F Train

Language comes rockishly alive in New York’s streets. In Chinatown, where Wendy White lives, language for the hanzi-illiterate is phenomenally present. White doesn’t derive the words that adorn her canvases from the Chinese signage that, to Latinate-accustomed eyes, look so multitudinous and vibrant. But one does become more aware of text when seeing the profusion of unreadable marks. At least I do. In that neighborhood there are heaps of language on walls and roll gates and municipal utility objects like parking meters and lampposts. There are sign fabricators in that neighborhood who sometimes manufacture elements of White’s paintings.

Some of it is really very stylized, other pieces written in haphazard script: “Elizabeth,” “Titta På Den,” “47 Catherine,” “By the F Train,” and so on. Some of it is not even written, but spoken. 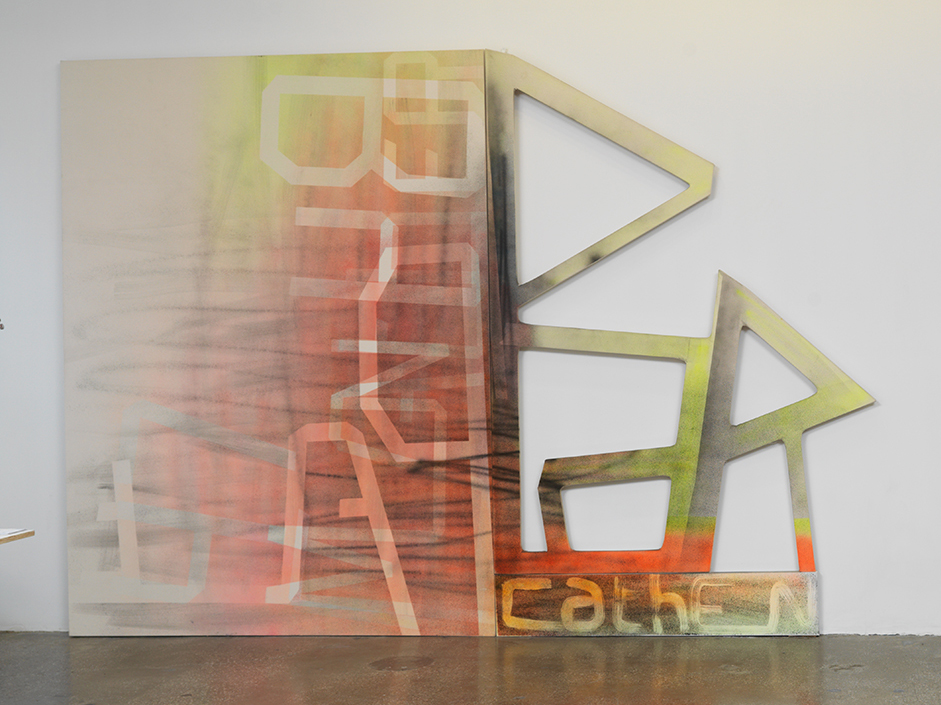 In 47 Catherine (2013), White’s canvas is painted with a gradient of fluorescent yellow, orange, and pink. Overtop, scribbles of black airbrushed lines careen across the surface, which breaks at the right edge and devolves from right angles and straight lines into loose, stylized text. The image itself is covered in barely legible text canceled out by the stencil-like use of tape: “cathe_n,” “Pad,” “PaR,” and other coded fragments. In By the F Train, White presents a canvas with a similar color scheme, this time emblazoned by the backwards “EAst.” But much of its surface is covered over by a second painting of inkjet-printed vinyl stretched over steel. The colorful canvas sits on the floor. The white vinyl—marked with a spare “m” and “n” and a doodly black line—is mounted on the wall, partially obscuring the painting below it. Both pieces are large, greater than 90 x 115 inches. And both eschew typical conventions for display; they’re set on the floor, propped against the wall, and in the case of By the F Train, they’re stacked on top of one another.

Much of her work undermines, purposefully or not, antiquated ideas about the kind of work that women and men make, and the presumption of where the boundaries lie between the concreteness of language and the abstractness of gestural marks.

White enjoys experimenting. Over the past decade, she has moved from paintings composed in accumulated groups, to shaped canvases, to shaped PVC surfaces, paintings with ornate linear frames, printed vinyl, and images bordered by mirrored golden Plexiglas. Although she sometimes refers to these developments in terms of linear mutations, they are also quite obviously arms stretching away from some central mass of ideas and issues of interest to her. One of the more central concerns is the interaction between her misty deployment of sprayed paint and more traditionally painterly marks. Her work has previously been referred to as “muscular,” “tough,” and “athletic,” which it is, though the gendering of her works resists conformity to traditional expectations or dyads. 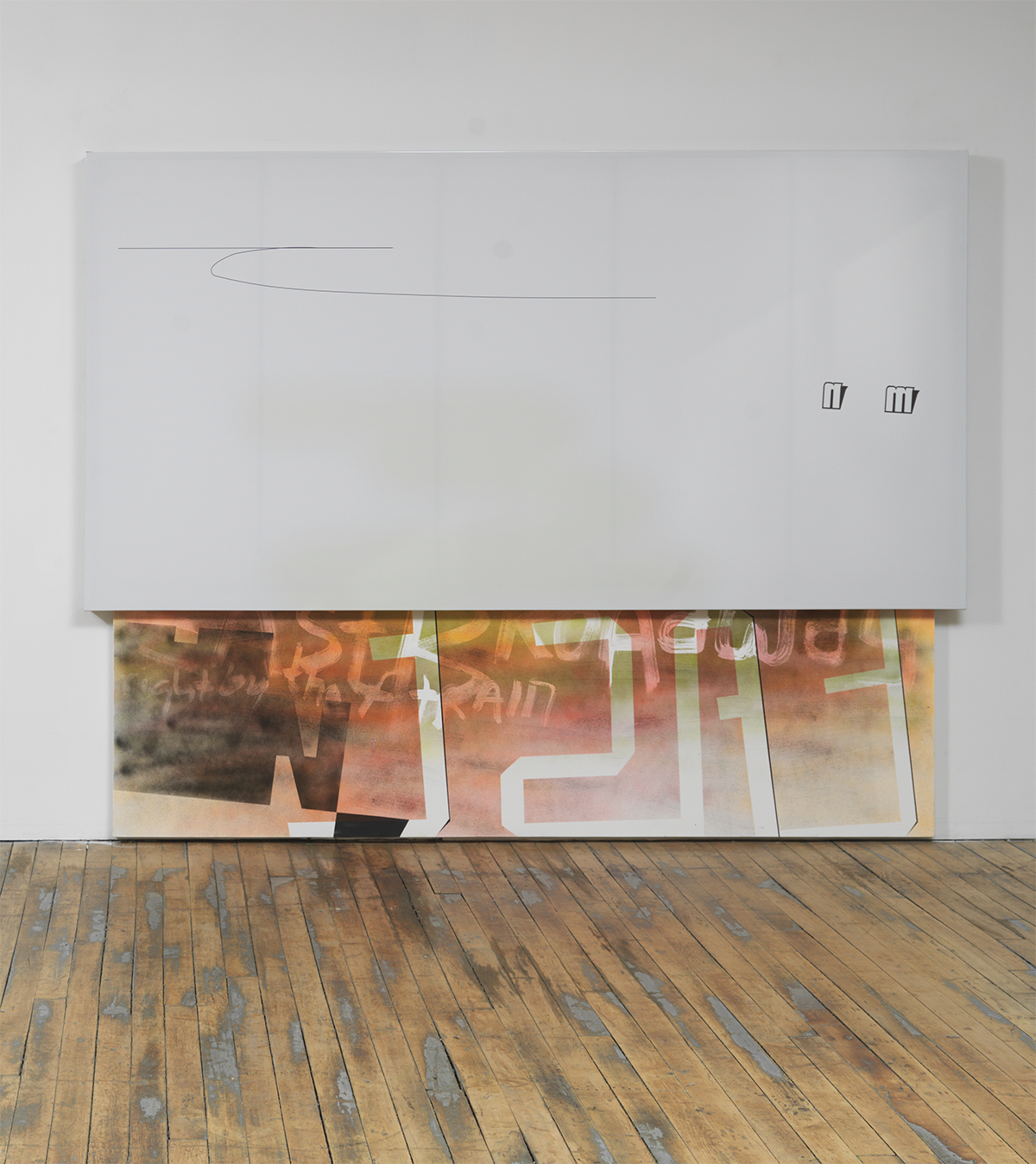 Those potentially gender-laden terms are something that she’s embraced. And much of the iconography of her paintings points in the same direction: she uses graffiti, Abstract Expressionistic jets of paint, large canvases, industrial materials, and sports imagery. Much of her work undermines, purposefully or not, antiquated ideas about the kind of work that women and men make, and the presumption of where the boundaries lie between the concreteness of language and the abstractness of gestural marks.