There is bluster here. There is a wind blowing, and a fire rising prickly and rolling. There are waves. There is a multitude that shifts and solidifies and rolls out again. So may pieces in movement, block the light and reflect it back, if moving through the air. But they’re not real bullets. They’re resin. And to attempt to pull one off and use it would be futile and a violence to the piece. But the air imagined is the real thing that envelops, and the air referenced by the premise of Surviving Sandy was violent and took away light for a time. 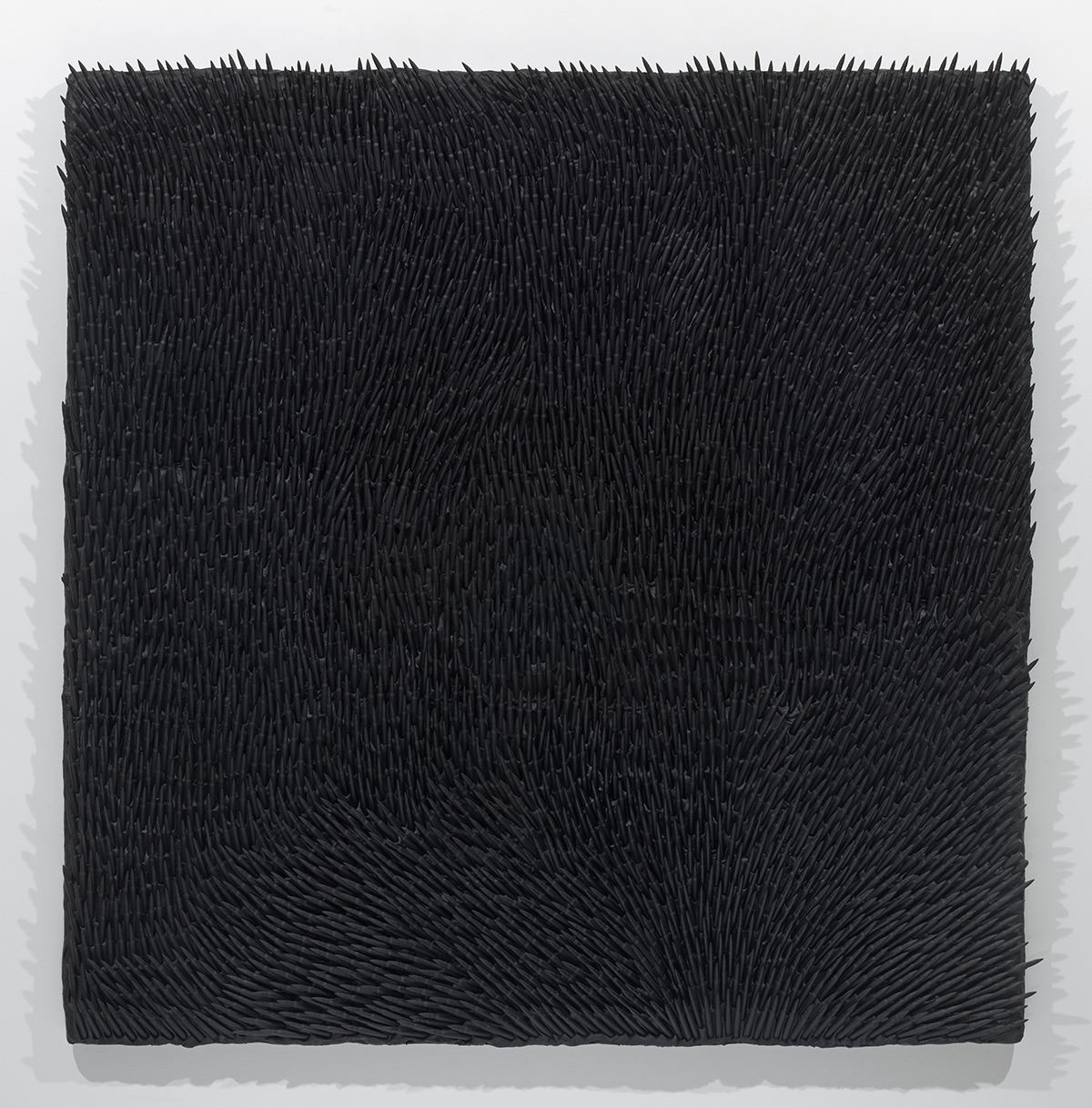 The words don’t come, but the materials list does. What it’s made of is cataloged and listed. Will Ryman’s two Untitled works from 2013 are made of AK-47 bullets cast in resin, spray paint, wood, and epoxy. The two roughly 60-inch square works are both black, though the reflective quality produces a rich varied patina.

The bullets are sharp, and protrude from the square plain on which they’re fixed, however there is a flow to their placement that varies the read as if the tumultuous atmosphere of a JMW Turner painting, and softens the individual trajectory. One is more rolling and directionally horizontal, while the other is charged more vertically.  Light catches as if on impasto brushstrokes, the collective sheen reflecting light, or mass of crevasses absorbing it.

How many bullets were cast here? Are these all siblings or are they clones? Most likely they are a mixture of both due to practicality, but either way, they are not bullets anymore than the aggressive and carefully placed substance of the pigment will sink the ships made of the same fluid dried to the same canvas. That said, those rendered clouds and that imperiled vessel are siblings too of sorts, if separate at all, formed of the same liquid and differentiated only by the bodily movement of their painter. 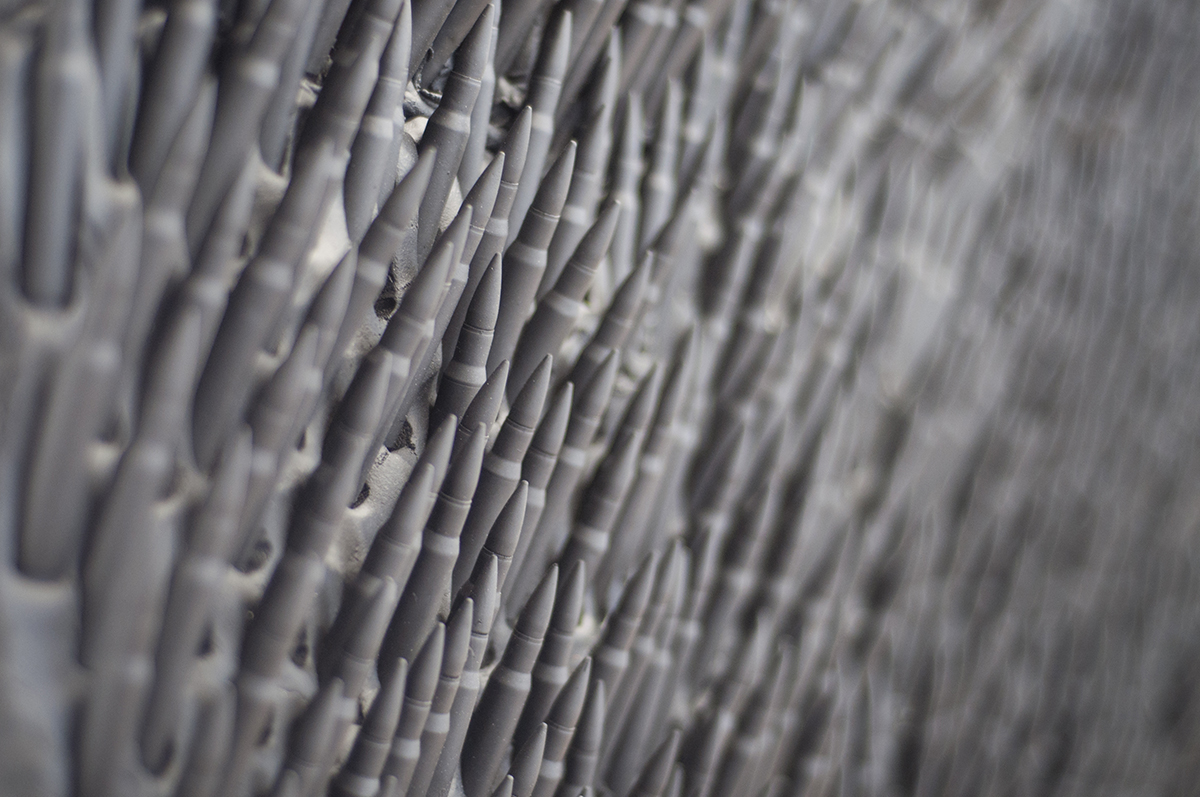 In as much, Ryman’s accumulation creates a form that both asserts itself and denies an easy fixed identity. Bullets carry with them meaning, but so does paint. Paint has been used as a tool of power as well, but also as a tool of change, a tool of take-notice, a tool of understanding the world through a mediation, meditation, and reflection. Ryman is thoroughly aware of this, was raised with it, and even made an installation of thousands of stacked paintbrushes inside a mans’ head so huge you could wander in it (Anyone and No One at Paul Kasmin Gallery, 2012). But so does wood, the stuff of structure, the substrate, the building up of form among other things. But so does epoxy, the fixing of things together, the holder of things together in place. And again, these are not bullets. An implied flight to target is a collective casting of form placed together in a surge, stormy or otherwise.