Anyone who has ever been punched squarely in the nose can appreciate those old Tom & Jerry cartoons’ expert rendering of the experience: When struck, Tom’s face would recoil so far that it would disappear into his head. That’s not what it looks like to be punched in the face, but it’s what it feels like. Those old cartoons were at their best when they created a visual language for subjective experience. 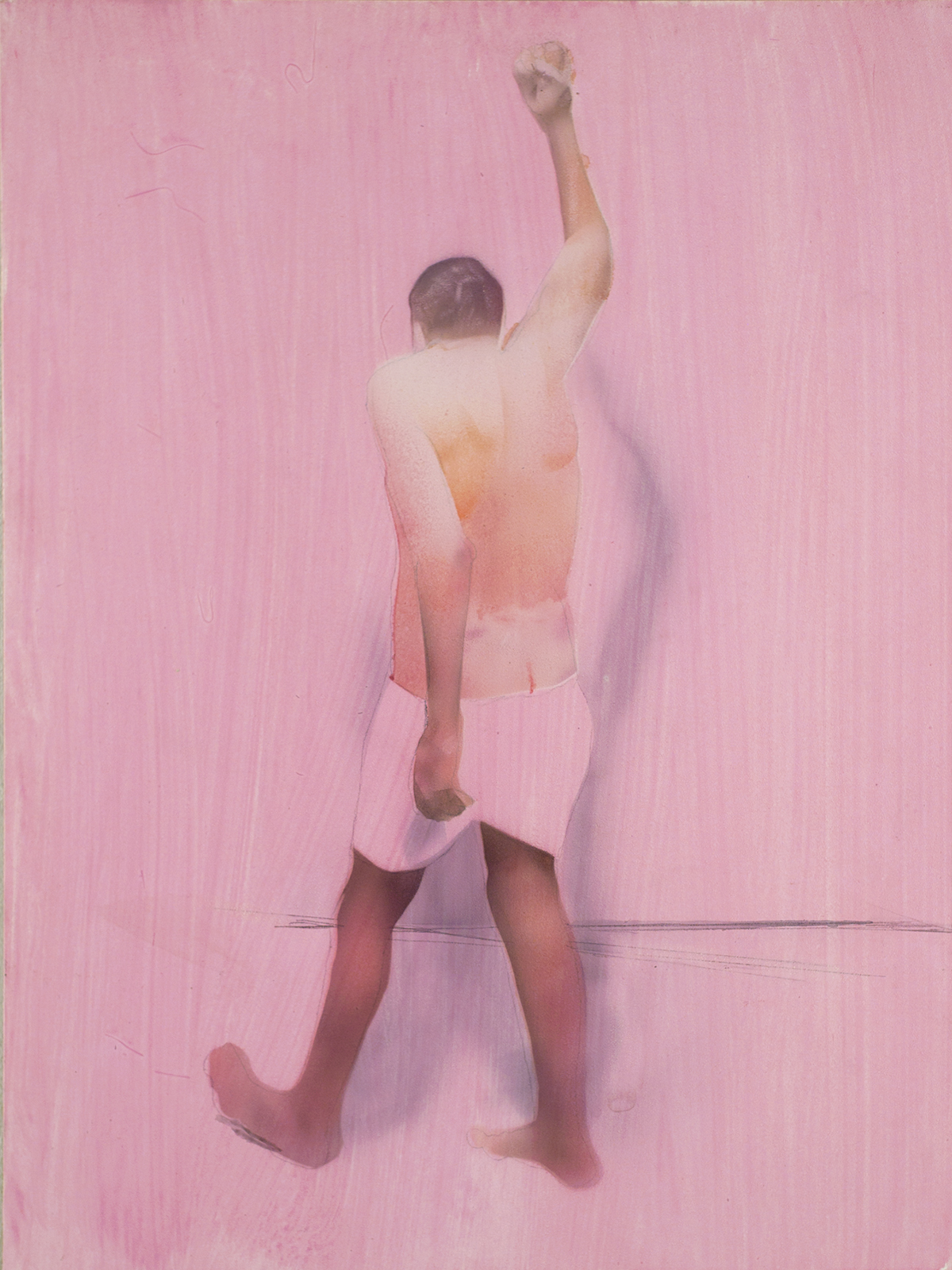 Robert Feintuch speaks that language. His self-portraits articulate that mix of heroism and humiliation (or myth and cartoon) that so often provides the rubric through which we come to understand ourselves. In Another Assumption, for example, his two blushing feet protrude from a cloud as if from a diaper, puncturing the gravitas of any biblical reference. His body acts out a subversive irony in his paintings.

His works mediate between the old masters’ interest in grandiosity and the more contemporary interest in frailty and physicality. In Untitled (Dead), Feintuch is up in the heavenly clouds, striped naked and supine, his eggshell-white legs raised like he’s about to be changed. It’s unclear, but he appears to be both stone dead and in heaven. The infantile pinkness of his feet, hands, and face hints at a subjective agelessness or, rather, at a simultaneous infancy and decrepitude. His body passes through life’s stages in a linear timespan, but his self-image does not. Tom, it should be noted, also spent many episodes dressed like a baby. 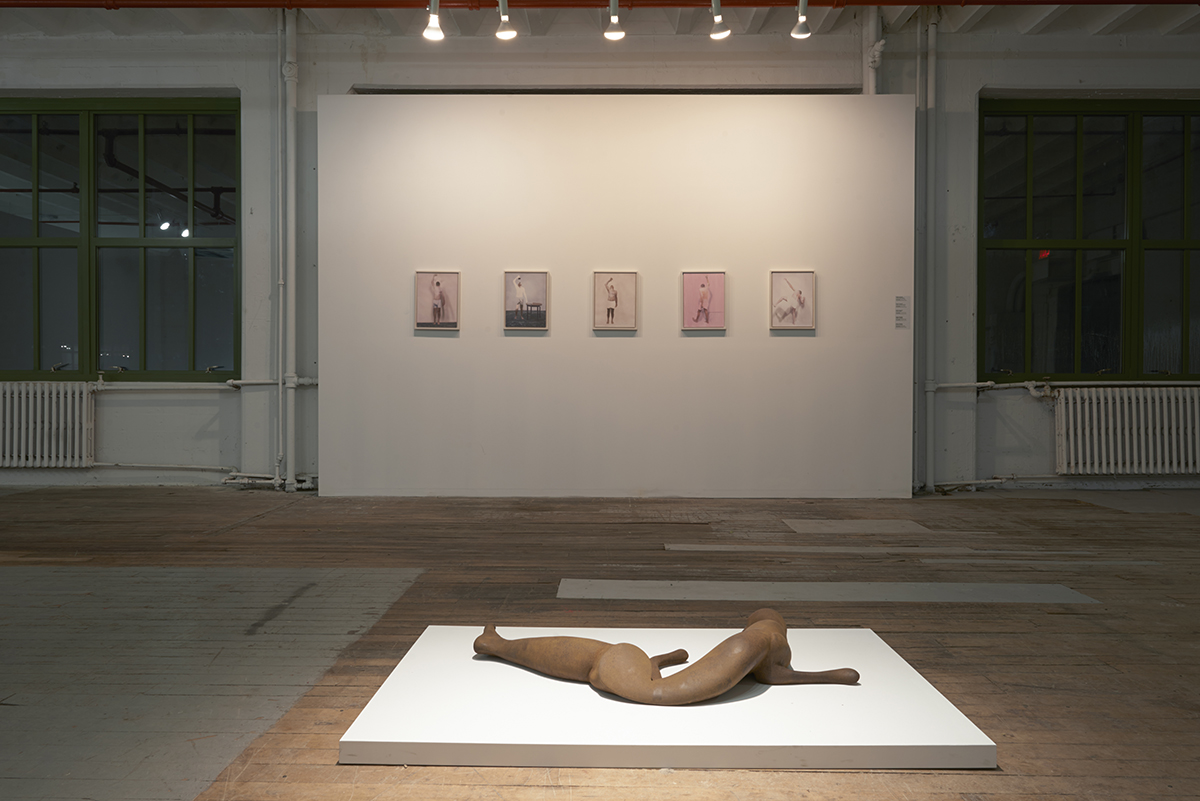 Some of Feintuch’s paintings suggest slapstick; in his self-portraits, he occasionally stands with a bunch of grapes dangling above his mouth or a club pulling his body awkwardly off balance. The bare background, often just the suggestion of space, accentuates the importance of the object. When you see a club or a chair in a scene—as in Tom and Jerry—you expect it to do something funny.

Yet, in the pared-down and solipsistic universe of his paintings, objects also take on a phenomenological role. In Looking Out, the club is as much a part of his persona as his white boxer shorts. There’s something tragicomic about the lumbering club that suggests crude, unbalanced, indeed unusable, power. His paintings explore the echo-chamber of the self, its self-aggrandizement and self-criticism, in the same literalized language of cartoon and, ultimately, of myth.